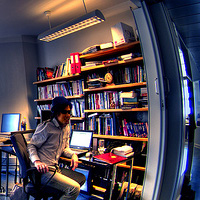 The market for web developers are still in demand, especially with mobile applications booming ever since. Whether you’re located off in Asia and your client is from Northern America, it’s crucial to know your worth when it comes to your services. Are you aware of how much your services are worth? If you’re wondering how much a regular web developer earns, then you’re on the right page.

Here are some of the comparisons of earnings for web developers in various countries compiled from Junior/Senior Web Developers obtained in PayScale. The PayScale data methodology works by having people submit data on their salaries, location, age and gender to calculate an average median that ranged from 2012 to 2013 comparison.

As for lowest paying countries, the following are:

As for Senior Web Developers, the highest paid countries are:

For lowest paid Senior Web Developers, the following are:

For those planning to get into the web development scene, you can take advantage of demographics below and go for clients who will be paying more for your services. Here are top cities that pays good money for web development services:

Of course, there are some costs that may not be covered in their annual salary. As for freelance web developers, they may forego income for some free advertising, referrals or trade. There are clients who opt to hire smaller teams to get their site up and running, so being a web developer and designer at the same time may make you an asset for the client.

It’s a never-ending need to upscale your skills. If you’re still a newbie to this area, you may need a lot of practice and training. There are a lot of opportunities for all web developer with unique skills sets, but adding new ones will help you earn more clients and referrals for your services.